What do women (and men) need to know about chlamydia?

Chlamydia doubles as the name of a disease and the name of the causative agent of the disease. Chlamydia (the disease) is a sexually transmitted disease caused by the bacterium (yes! I didn’t use the plural: bacteria) Chlamydia trachomatis. Most people infected with this, are asymptomatic and may not know they are carriers of the infection. 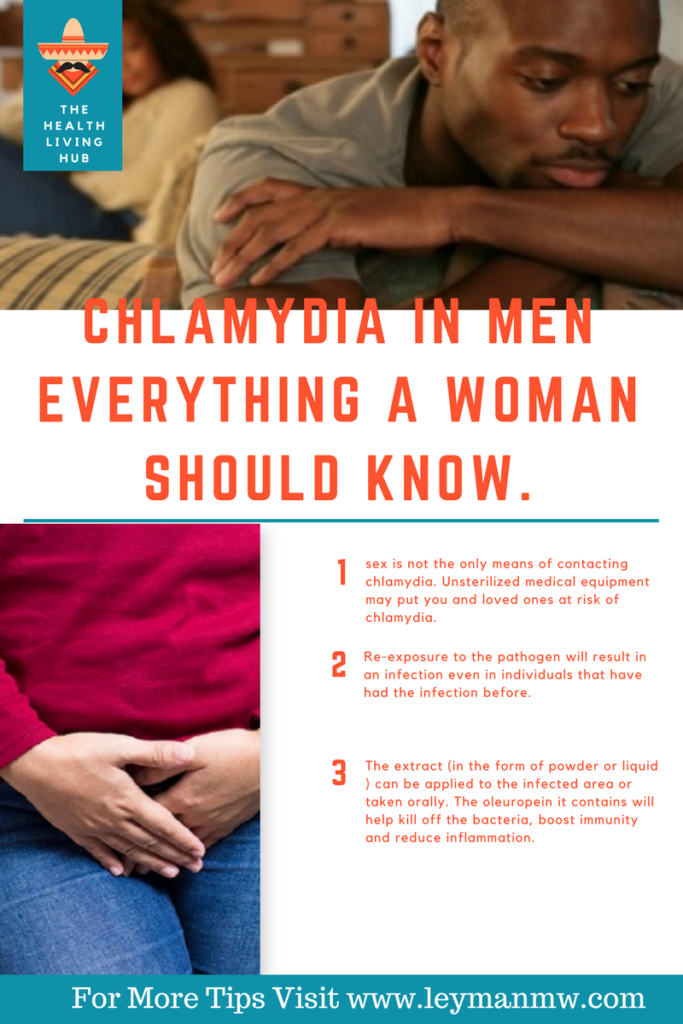 Infections are more common in people below the age of 30 (are these our wild years? I don’t know!). And for the men who believe this is an infection for ladies, newsflash, there are over 1 million cases of chlamydia infection in men, yearly.

While Chlamydia is widely known to be a very common STD, we cannot rule out the few reported cases of infection which resulted from the use of unsterilized medical devices, hot pools, mother to child transmission and sharing of underwear and sex toys. Basically, any procedure that is invasive to the genitalia and anus can heighten the risk of infection.

I earlier mention that some infected individuals may show no symptoms, this does not mean that the harm to the body is not going on though. For people capable of showing symptoms, the incubation period for the bacteria may range from 5 days to 1 month. So, symptoms generally start to appear after 1 to 3 weeks.

You may also like: How to get rid of yeast infection

Symptoms include pain during urination and intercourse, discharge from the genitalia, abdominal pain, and frequent urination. When infection goes untreated, it may spread to infect the fallopian tubes in women and it may result in pelvic inflammation.

To diagnose chlamydia infection, a laboratory test is required to demonstrate the presence or absence of the organism. A tradition bacterial culture may be performed or molecular biology analyses for the identification of the genetic material of the bacteria could be performed. The earlier method is cheaper but older and more time-consuming.

For routine diagnosis, the latter method is more commonly used. Although it is more expensive it is more accurate and faster. Samples for diagnosis include swabs of the vagina, urine or swabs of the genital discharge in men. The CDC recommends that sexually active individuals get tested yearly (but how about wearing a condom?).

Chlamydia is commonly treated with antibiotics. The antibiotic of choice is azithromycin, but like other antibiotics, indiscriminate use is highly discouraged. The causative agent of chlamydia is capable of developing antibiotic resistance.

There have been cases whereby the infection resurfaces some months after treatment. While you may be tempted to think that this may be due to a re-exposure to the bacteria, it has been shown that chlamydia, when not properly treated resurfaces after a while.

This second infection may be more difficult to treat because it is an indication that the first round of treatment was ineffective. A few side-effects have been associated with taking azithromycin and allergic reactions (even though they are rare) have also been reported.

These allergic reactions include:

Closing of the throat, tightness in the chest and difficulty in breathing, swelling of the tongue, gums and lips, itchy bumps on the skin.

This is a commonly asked question but there is no truth to this myth. Re-exposure to the pathogen will result in an infection even in individuals that have had the infection before. A lifetime of immunity is only associated with a few viral infections like chicken pox.

Yes, there are! But these should not be a substitute for well-prescribed medication. These remedies will boost the individual’s immunity thereby, resulting in a better treatment of the infection.

Extracts from the olive tree

The extract (in the form of powder or liquid ) can be applied to the infected area or taken orally. The oleuropein it contains will help kill off the bacteria, boost immunity and reduce inflammation.

Garlic Treatment for chlamydia in men

Preferably, raw! Garlic is rich in the chemical allicin which is also capable of killing bacteria and lowering inflammation.

Like most other sexually transmitted infections, prevention is best achieved through the use of condoms, faithfulness to an uninfected partner, maintaining sanitary conditions especially in hospital examination rooms and periodic medical checks.

link to What Are The 5 Different Types Of Vinegar?

Vinegar as we know it has found its place in our kitchen and has been in use for centuries, as far as memory kind hold. Vinegar is been used as an ingredient for baking, making salad dressings, as a...

Continue Reading
link to How To Make Grape Vinegar At Home